The Ultimate Guide to Festivals in the UK, 2021

We know how tough the past year has been on all of us welly stomping festival lovers. The sun shining down on your glittery face, with your hands in the air, surrounded by that infectious energetic vibe from the music being played on a monstrous stage ahead of you seems like such a distant memory. We have lost a whole season of amazing line-ups, acts and memories to this awful pandemic, but at long last- there is a light at the end of the tunnel for us. And as normality- and summer slowly approaches, we can finally start to come back out to play!

So here we are, to give you the lowdown on current plans for all of our favourite festivals- what’s going on and what to plan ahead for! 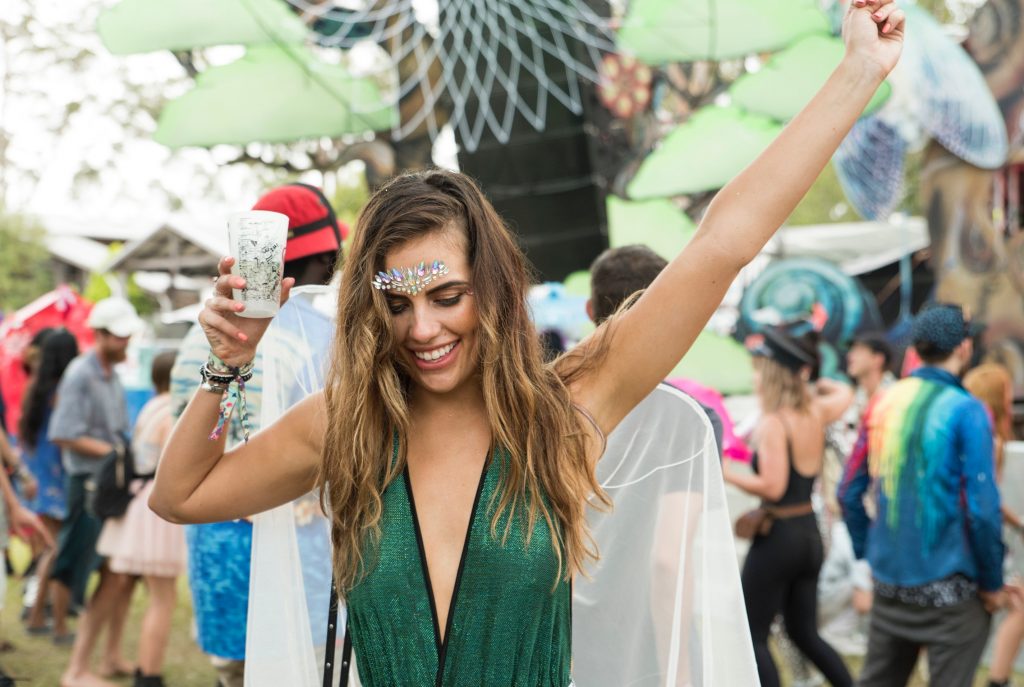 The biggest and most famous of them all, Glastonbury has been around since 1970 and started out in a simple farmers field in Somerset.

A world of its own, and with a whole range of music, comedy, food, performing arts, circus, cabaret and a whole lot more, never fails to disappoint- although the weather generally does, and undoubtedly is very wet and very muddy!Despite Glastonbury not returning until 2022 now, there are talks of plans for a 2-day event to take place on Worthy Farm in September this year. There will be no camping and will sell alcohol between 2pm-11pm both on the Friday and the Saturday. This is at planning stage and yet to be fully confirmed. 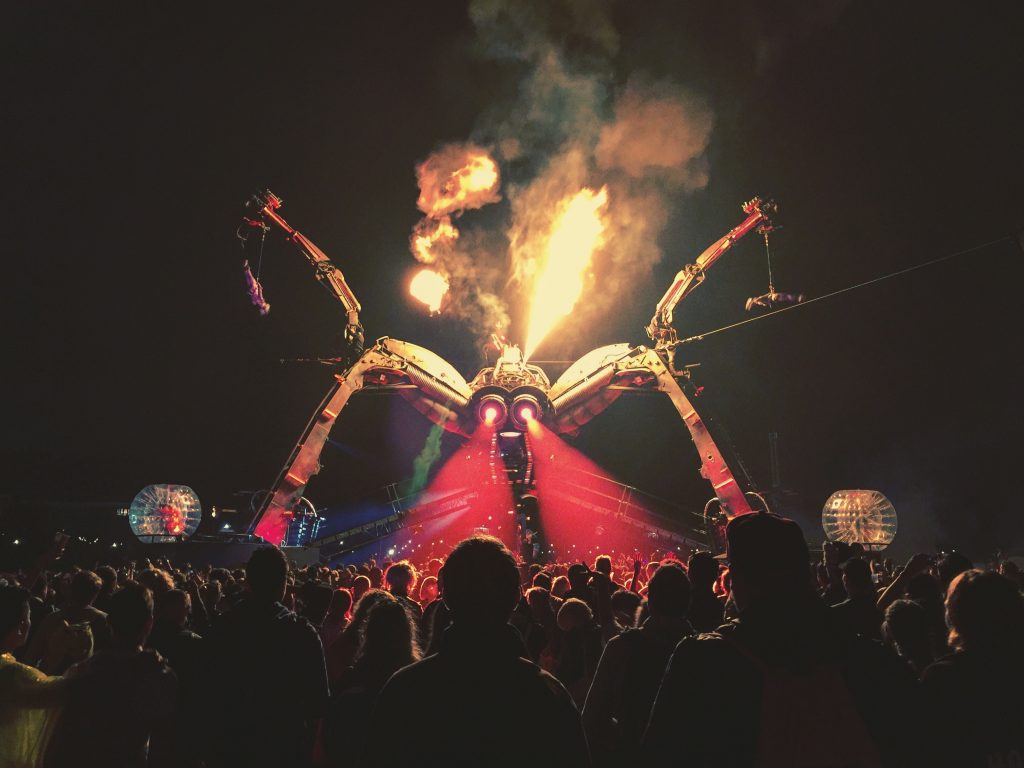 Turning South Downs National park into a theatrical huge gathering, there is something for everyone!  From reggae, ska, and folk, to garage, grime, jungle, and drum n’ bass. Not only for music lovers, but Boomtown is also abundant with theatre, community and creativity! Boomtown Fair is a hub of diverse and non-commercialised musical movements and every year brings an exciting new chapter.

Boomtown is set to go ahead this year in August – Chapter One – The gathering. With a fresh start this year things will be a little different from previous years, and they are keeping the line-up secret until just before the festival starts

For those who want a deep dance session at a festival, look no further. An offshoot from the legendary nightclub in Liverpool; Dance Brand Cream, is bigger than ever. Featuring worldwide DJ’s and live acts that include trance, house, techno and Electronica. Now in Daresbury, Creamfields attracts over 70,0000 ravers every year seeking to party along with immense visuals, lighting and pyrotechnics.

Currently, Creamfields is set to go ahead this August bank holiday- and is currently sold out.

From the well-known festival ‘Bestival’, grew a smaller, milder festival with all the qualities and treasures attributed to Bestival. Camp Bestival still promises fancy dress and late-night silliness, but added to this, takes families into consideration; providing a rare and unique opportunity for all ages to party together! Parents can let their hair down whilst the kids frolic in a safe environment surrounded by breathtaking views. This is what Camp Bestival is all about!

And 2021 is set to go ahead! Taking place in the stunning grounds of the spectacular Lulworth Castle, with a capacity for 30,000 people it is no wonder that this is rated UK’s best family festival. Music, fun and games all hand-picked by Rob da Bank!

Dominating the idyllic woods of Suffolk, Latitude is a civilised festival of performing arts and music; its relaxed and friendly atmosphere drawing in a variety of crowds. Situated beside a tranquil lake amidst stunning surroundings, this festival is again, one for families of all ages! Various camping sites from family camping to glamping are available. This incredible mix of musicians, comedians, theatre performances and all-around beautiful atmosphere is not to be missed!

Latitude has confirmed they will be running at ‘full capacity say the organisers. Another one for the end of July! Lewis Capaldi will now be headlining in 2022.

Festival lineup: Yet to be announced.

This is the place to be this summer! Set amongst the swell and sunshine of the Cornish coast, Boardmasters delivers the full package! Not only for music lovers, but for sport lovers too. Luring both professionals and amateurs alike this fast paced event includes surfing, skateboarding, paddle-boarding and BMX biking.

Importantly the organisers of this event are committed, long term supporters of ‘Surfers against Sewage’ and are passionate about keeping our oceans beautiful. And it’s great news that they are back for 2021- already sold out! 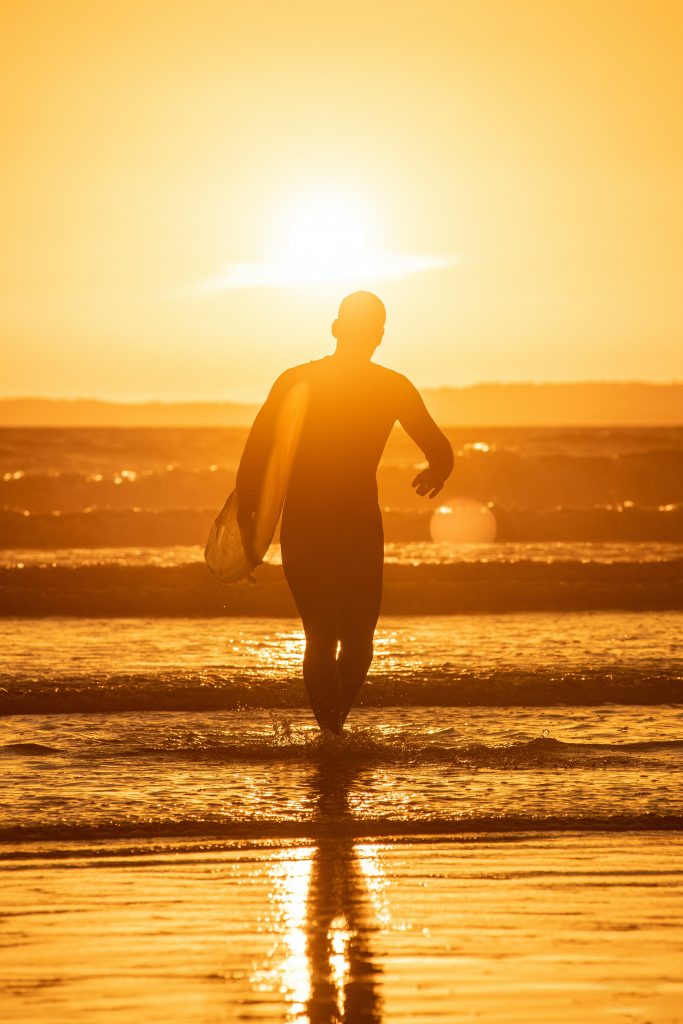 Heavier and more rocky than most other festivals, Download replaced the legendary former Monsters of Rock Festival at Derby’s Donington Park.

Three days long, which includes camping packages, is packed full of the biggest names in rock from the 70s to now. This British Rock festival always promises to deliver with an incredible line up of star performances!

Unfortunately has now been postponed until next year now, as we are still in restrictions this June.

After two cancellations these last few years, Houghton Festival is back and is sold out but keep checking on the resident advisor for last minute tickets!  Curated by Craig Richards, who has collaborated with the team behind Gottwood, Houghton Festival has in the past, including a long list of notable acts! The atmosphere is electric with outstanding scheduling and sound quality. Line up still to be confirmed for this year.

Festival lineup: All to be confirmed- but  Martin Garrix, Tchami x Malaa, Wilkinson, Craig David, Chase & Status, Tinie Tempah, Andy C, Plan B are just a few of the famous acts featured in the past returning to Clapham Common this year, South West is back with full force!

Held over two days during the August Bank Holiday weekend, this festival will attract all party lovers! Quality sounds and a vibrant atmosphere make this a massive open-air party. Most importantly it sorts out the essentials first: music, music and more music. Drink in the vibes and feel the beat at the four stages of house, techno, minimal, trance and electronica! 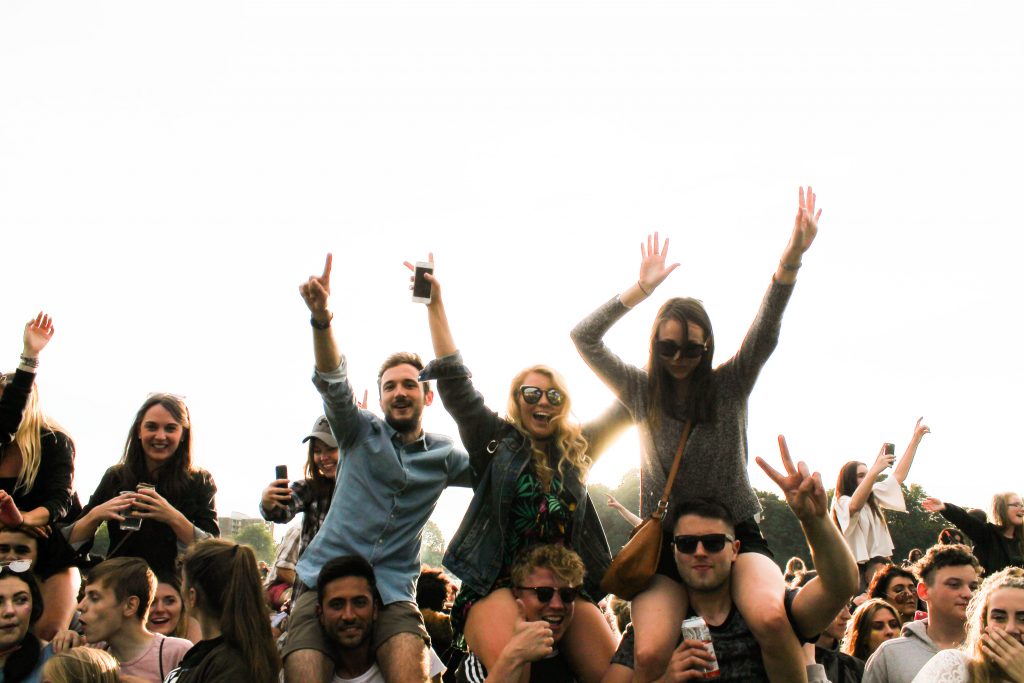 Location, location, location- the spectacular backdrop of the rugged, towering Brecon Beacons’ Black Mountains in Wales is the site for the Green Man Festival! Predominantly a folk-led line up this amazing festival uses the scenery perfectly to hide its 1500 performers cleverly in the hills. Ultimately there is an array of unique and surprising acts – from comedy, theatre and dance just waiting to be discovered.

We have our fingers and toes crossed that the plans to come back this year will go ahead- and full line up will be announced thereafter.

The ever-popular Isle of Wight Festival never fails to attract some of the world’s leading guitarists, singers and outstanding acts from pop and electric genres! Over 50 years old this incredible festival has managed to survive and stay immensely popular throughout decades of musical and cultural change.

This year will be no different with some of the hottest, talented artists performing this year in a sensational environment. Moving their dates to September, their line up for this year has just been announced!

The Reading and Leeds festivals are a pair of annual musical events, which take place simultaneously on the Friday, Saturday and Sunday  (Bank Holiday weekend) sharing the same lineup. These festivals are notorious for outrageous and riotous events typically associated with Bank Holidays! Originally well-known for its ‘Rock n Roll’ vibe, the Reading and Leeds Festival have branched out making the artists more diverse and mixing genres of all types. Providing a platform for rising and established indie bands, metal groups, next-generation dance, hip- hop and alternative pop acts this festival will definitely be worth a visit.

Currently, they are planning on going ahead this year- but you may need to prove you are vaccinated or have proof of being Covid-free through a form of a digital passport…

With awards for Best New Festival and Best Medium-Sized Festival as well as Best Dance Event, We Are FSTVL continues to go from strength to strength! Now in its eighth year, and back for 2021 We Are FSTVL has moved to a brand new venue in Central Park Dagenham, Essex.

It has become one of Europe’s biggest dance event, including an array of grime, garage, house, techno and drum and bass. Already completely sold out, its line up stretches over 70 artists across eight stages hosted by Defected, Glitterbox and Paradise. 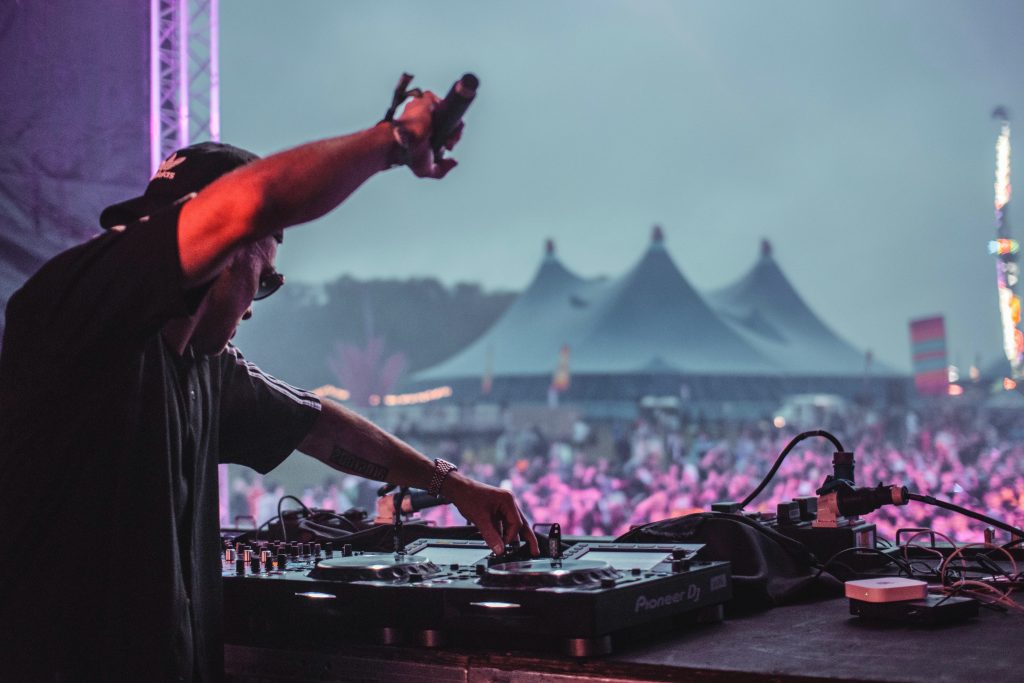 Originally began as a replacement for T in the Park, this is set bang in the middle of the city. A Rock and Indie music vibe, TRNSMT includes all the fun of a traditional music festival of about 50,000 but also is surrounded by Glasgow Greens abundance of bars, restaurants and nightlife.

TRNSMT have moved their original dates in July to September- with day and weekend tickets still available. They have already got a terrific line up with more names to come.

Parklife Festival is a multi-genre, independent music festival and one of the UK’s most popular and favourite weekenders. Founded by Sacha Lord who is also behind The Warehouse Project. It boasts multiple stages hosting a range of various acts and is definitely number one on the list.

Normally a great summer weekender and only 5 minutes from the city centre, Parklife will be move from July to 2 days in September. The line up is already announced which is huge- and is already sold out both days.

One of our favourite festivals, Wilderness is a serene haven for all- with music, poetry, theatre, fine dining, comedy and everything in-between. Family-friendly, but enough late-night shenanigans for the adults, Wilderness is surrounded by beautiful Oxfordshire countryside and of course not to be missed is the lake swimming that surrounds it and the heavenly outdoor hot tubs!

And they are back on this year with a few names of artists up their sleeves! Currently sold out, but join the mailing list for re-sales. 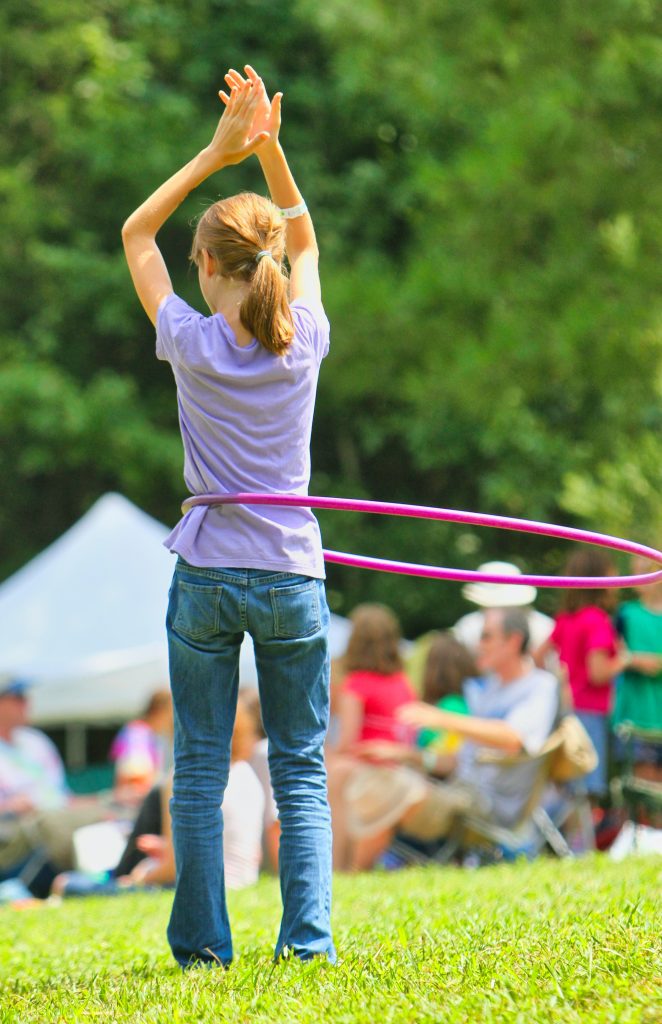 Becoming the biggest urban festival within the UK, the Wireless festival is not to be missed. Based in the capital this short 3-day festival is another one for our non-campers, and one to get down and dance your socks off! Packed full of artists focusing on today’s sounds of hip-hop, rap, R&B, and grime.

Normally set within Finsbury Park; this year they are moving to Crystal Palace and to September -along with beer gardens, fairgrounds, bars and chill-out areas that are normally abundant. There will be testing for coronavirus before entering. Line up still to be confirmed.

Hopefully, there will something out there for you- and despite a good few already sold out register interest and just keep checking for re-sales. We are all hoping in a few months time that we can make up for lost time (A whole year!) And party like we have never partied before! But have fun- and stay safe. Remember the hand sanitiser which has become a standard handbag essential now anyway. Keep wipes in your pocket, and avoid sharing drinks! We may have to still be wearing masks too so try and make the most of it and match them with your favourite costumes. Just don’t forget your wellies!

Leave a reply Click here to cancel the reply

Look out for our ladies…

MUST HAVE HERBS YOU NEED TO BE GROWING IN YOUR GARDEN!